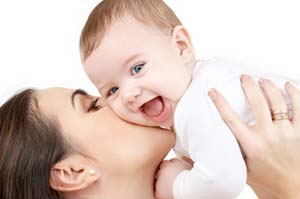 It seems the popular phrase "Use it or lose it" can now also be applied to language learning ability. Small children have a unique ability to learn languages that, if not utilized, may be lost forever.

How do children learn languages?

Everyone knows that children learn languages much more quickly and efficiently than we adults do. Mere exposure is enough for a child to soak up a new language while we adults struggle in language classes trying to apply grammar rules as if they were algebra formulas. Children, on the other hand, learn language inductively. They hear the language and are able to induce the grammar rules.

Why do babies learn languages better?

A newborn baby is able to differentiate all of the sounds of all languages. By six months of age, babies respond more selectively just to sounds in the language that they have been exposed to. For example, Japanese babies at the age of six months no longer respond to the difference between /r/ and /l/, a differentiation that doesn't exist in their language. This is called perceptual narrowing. It is a loss of the ability to perceive sounds in other languages. The ability to achieve native-like pronunciation, therefore, is greatly affected by the age of exposure to a language.

How do I teach my baby another language?

Babies and children tend to associate languages with people. They know that they need to communicate with "Abuela" ("Grandma" in Spanish) in a different way than Uncle Fred. The best way to expose your baby to languages is by interacting with people who speak that language. This may be you, if you speak the language, or a nanny or playmate who speaks the target language.

Can babies learn a language from TV?

No. Babies learn a language from interacting with people in the language, not watching TV. They don't get the feedback from a TV show that they get from a person. Also, the American Academy of Pediatrics doesn't recommend television for children under the age of two.

Does exposing a baby to another language cause speech delay?

Sometimes babies who grow up in a bilingual environment start talking a little later than monolingual babies because they are taking a lot in. They quickly catch up with their monolingual peers, however, and may even surpass them in language skills (See How bilingualism makes kids smarter).

Do bilingual babies get confused?

No. Their brains are designed to learn languages. They pick up any languages that they are exposed to and process it all much better than we adults do.

When is the best time to expose children to languages?

The younger that a child is when exposed to a language, the better. Most experts agree that there is a window of opportunity when the brain is most efficient at learning languages. As parents, our hope is to take advantage of this window before it closes.